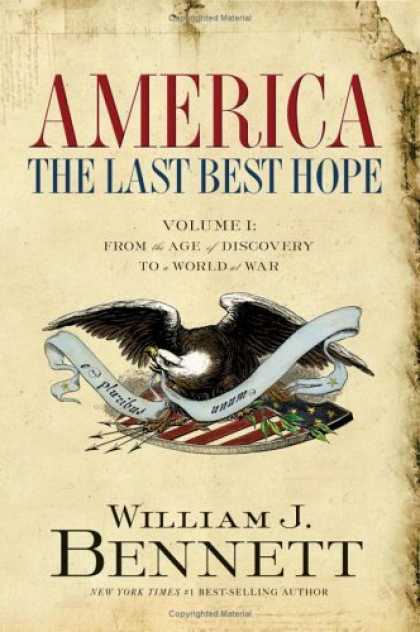 In many ways, the polar opposite of Howard Zinn’s book, A People’s History of the United States, click here to listen to author and syndicated radio talk show host Bill Bennett talk about his books on American history, the state of education in the country, and electoral politics. He responded to telephone calls and electronic communications.

A video was shown of Mr. Bennett giving a tour of the radio station in Arlington, Virginia, from where his show “Morning in America” is broadcast. He introduced members of his staff and talked about his writing habits.

William Bennett is co-director of Empower America and founder and chairman of K12, an Internet-based school. Bill Bennett served as President Reagan’s chairman of the National Endowment for the Humanities and secretary of education, and as the first President’s Bush’s “Drug Czar.” He is the author or co-author of more than 20 books for adults and children, including The Book of Virtues (1993); The Moral Compass (1995); The Death of Outrage (1998); The Educated Child (2000); The American Patriots Almanac (2008); and A Century Turns (2010).