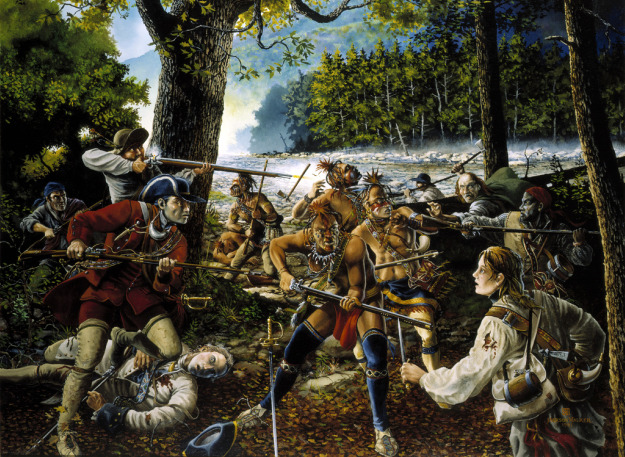 The War That Made America

“The War That Made America” brings to life a vastly important—but often misunderstood—period of American history, a period that set in motion forces that would culminate in the American Revolution. The dramatic documentary tells the story of the French and Indian War (1754-1763), which began in the wilderness of the Pennsylvania frontier and spread throughout the colonies, into Canada, and ultimately around the world.

Narrated and hosted by Graham Greene, the Academy-Award nominated actor for “Dances With Wolves” and an Oneida Indian whose ancestors fought in this war, “The War That Made America” combines a commitment to accuracy with a compelling filmed portrayal of the dangerous world of the 18th-century frontier.

A central figure is George Washington, then a brash and ambitious young officer in his twenties hoping to make his reputation in the military, whose blunders actually trigger the war. A primary focus of the series, and a story that has long been distorted or forgotten, is the critical military importance and strategic diplomacy of Native Americans in the conflict between the English and French for the expansion of their colonial empires.  It was a war the British won, but the fruit of their victory contained the seeds of the Revolutionary War. (from PBS companion website – http://www.wqed.org/tv/specials/the-war-that-made-america/index_1.php

If you don’t mind watching the series in 10-minute clips you can watch the entire film on youtube.  Below is the first ten minutes of Part 1.