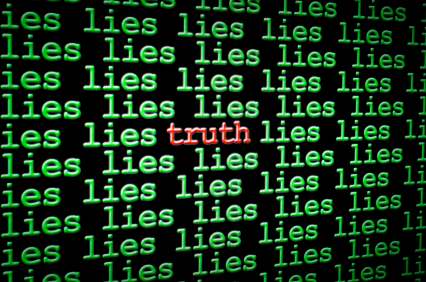 Political Literacy – What it is and why we should teach it.

What is political literacy?

Political literacy means having the basic skills, understandings, and attitudes required to take an active and well educated role in a democratic society.

Why should schools teach political literacy.

In a world with so many problems in need of political solutions we need citizens who are capable of filtering through all of the political spin and misinformation in order to take an educated stance on the issues and ensure the right people are being elected.

The information below was taken from a British Organization devoted to political literacy.  Unfortunately, this term does not seem to be used very much in the United States  http://www.citizenshipfoundation.org.uk/main/page.php?12

Political literacy is all about helping young people become politically aware and effective. It is about giving them the ability to read issues and events politically.

This means using the ideas, language, forms of thought, and argument which citizens use when dealing with a public issue.

Bernard Crick has described politics as “a lively contest between differing ideals and interests, not a conventional set of stuffed rules”.

This means that political literacy must focus more on developing political ideas than promoting knowledge of political institutions. The latter is only necessary once an interest in politics itself has been established.

What ideas count as political?

Any issue is political if it is in the public domain and a matter of public policy of any kind. So, anything about rules, laws, issues of fairness of any kind, distribution of social goods such as welfare and education, equality, issues about rights and responsibilities, about public accountability or good governance all count as political for our purposes.

How are political ideas shaped?

Children begin to wrestle with political ideas (in the conceptual sense) from a very early age. In many ways issues such as how to distribute social goods (such as pocket money and other privileges), or whether rules are fair to all, whether power is exercised arbitrarily or follows due process, are no different from the issues we wrestle with as adults on the political stage. Certainly the same kind of thinking is involved, the same kind of elements to the problem needing to be identified, weighed up and set against each other.

This is why political literacy really needs to be seen as beginning in the early years. We are now familiar with the idea that democratic habits can be nurtured throughout the primary school and in the same way we can help children understand how to identify and evaluate issues of rights, responsibilities, fairness, equality and so on. The Crick report and the non-statutory guidance on citizenship has a very useful list of such concepts.

How can we encourage deeper, more reflective and critical thinking about political concepts?

This kind of thinking clearly can happen spontaneously when something happens to spark off a train of thought or enquiry.Even pre-school children have been observed pursuing such passages of ‘intellectual search’ as they have been called. In school such thinking can be encouraged systematically through the careful selection of issues to talk about or through the reading of stories together (even in literacy hour and certainly in circle time) which raise citizenship issues for shared analysis.

The shared context of reflection is naturally very important in fostering respect for differences of opinion, values and beliefs and also for demonstrating that we can understand social issues so much more adequately when we have engaged in joint passages of intellectual search. This is no less true for adults than children, of course.